Yeah, it's been awhile since my last post. No, I haven't been as busy with work as my last post indicated. I have done a bit on the student project; still need to complete my Crew Deal Memo and get that turned in. Yeah, she's going to pay me! Yay!

Had my friend's other gig all lined up and then received an email about another Scripty gig. Have had a phone interview re: that one, and received the scripts for the previously-shot episodes in my email, so I'll be familiar with the story. Haven't yet received the scripts I need for that one, or my Crew Deal Memo, but that shoot doesn't begin until the 25th, so I'm fairly certain at this point that it's a "Go". Meaning, unless my friend's gig gets pushed again, I won't be able to participate. I kinda hope it gets pushed, but that's a selfish hope. I should be hoping that she swings it without me (just not as easily as if with me). Nah, just do the work to beget more work. It's all good. We all want what's best, and she's got me in mind for another gig in December. I should have zero conflicts in December. Nothing is shooting in December. Productions shut down for the holidays, can you believe that? ;)

So I've been getting all my steps in (except for one day when I did some nannying) and getting plenty of sleep, and today's bedhead is courtesy of Cocoa, who joined me for some belly rubs both in the bed this morning and now: 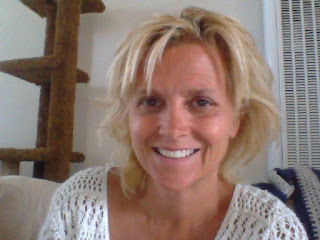 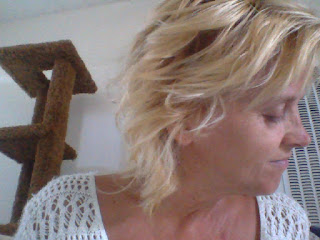 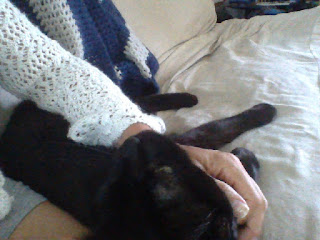 So what else have I done this past week? Let's see, I paid some bills, as I am wont to do. I picked up some supplies at Wal-Mart (yes, kids, we have a Brand Spankin' New Super Wal-Mart in walking distance, and Boy Howdy, is it CLEAN) for a small project I'm working on to enhance my career. I'll show you the finished project, when it's finished. It's not the kinda thing you'll need a blow-by-blow for. I'm a little excited about it, but it's going to take some time, as the Brand Spankin' New Super Wal-Mart hasn't yet settled into a routine, and my supplies keep getting depleted before I can pick 'em up. And no, I can't get 'em elsewhere. I just gotta wait.

I also updated my registration at one of the numerous casting companies around town. Need to do that with more. Gotta send some emails and/or make phone calls to find out about when to do that, if "in person" updates are required. I'll be able to link my SAG-AFTRA profile in emails, so that's something, at least.

Oh, yeah! I mailed some shit this week! No, seriously, I Mailed ... SHIT. I have begun receiving "Old People" Mail, ya know, like from AARP and such. The other day, my health insurance company sent me instructions for Mailing SHIT (a stool sample for a colon cancer screening). The day I collected my sample was a weird day. Well, mostly because those of us who do not work in the medical field don't typically "collect" our shit, we just let it fall into the water and then flush it away. I had to collect it before I could flush it away. Weird. Call your insurance carrier to see if you, too, need to mail in some shit! Fun for the whole family! NOT.

This morning, I had a Warner Bros. dream. It kinda freaked me out. I would still be happy to go back to touring, if they called me in. I didn't make it into the new summer stash o' folks, but I'm still eligible for re-hire, so after my August Scripty gig, I may check back in...

I had set this aside for a bit, and now that I'm back, I really need to comb out the bedhead and dress for a walk. And print, complete, and scan/email the Crew Deal Memo for the student film. I just wanna be working, ya know? But for some of the work, there's still "preparing" to be done, and for other gigs, it's just submitsubmitsubmit... Gotta do what I gotta do, right? So I guess I'll get on that.

See y'all in a week, maybe. In the meantime, what's the weirdest thing YOU ever had to mail?
Posted by emelle at 12:58:00 PM