Wow. I REALLY have had nothing to say in, like, awhile. So here's an UPDATE!

Today is 4 July 2016. That means nobody in America is working (except for folks who work at hospitals, movie theaters, some grocery stores, and the Warner Bros. Studio Tours Department). That means that everyone else has made their beer-and-charcoal runs, and is now having barbeques and lighting illegal fireworks and ending up in the ER, or watching movies because they can. Or, if they're not 'Muricans, they're taking tours of Warner Bros. and wondering why there are no movie stars on the lot today. It's a National Holiday, Kids. Read this paragraph again if you're still confused. Here's a YouTube video to help you, or confuse you even more, as the case may be:

I've spent my morning on Twitter, as I do. I also trimmed Smokey's nails and gave both furbabies plenty of treats and lovin'. I'm also currently in the middle of de-crustifying the coffee pot, something that should happen monthly, but probably doesn't. Stephen has done a little writing, a little cleaning, and now he's updating his MLB team on the PS4 (I think that's what he's doing; I'm grateful he's doing it MOS). We're supposed to go hang out with our friends, the homeowner-hosts of my big blowout birthday gathering, after 3 today. We don't really know if it's a barbecue or what, or if we're supposed to bring anything, but more than likely, it'll be us rushing to catch an open grocery store before they close early, to bring whatever it is we're s'posedta. Also, Stephen had indicated yesterday that if we have time, he'd like a haircut. I've just asked him about that, and since we're both in the middle of things, we'll probably take care of that in the next half-hour. We'll see.

I got to work on set One Day in my birth month. It was a decent day; pretty lucrative, but it really just made me wonder why I'm not working more. Yesterday, my allergies flared up, only when I was inside the apartment. So the plan was to vacuum today. I'll be honest. I have a good vacuum, but I still hate running the damn thing, and since my breathing is perfectly fine today, I'm probably gonna procrastinate that task. Unless I do cut Stephen's hair and he doesn't manage to sweep it all up.

Tomorrow, I'll be attending some callback auditions for a student film that I will be Scriptying. I'm not sure yet what the shoot schedule for that is, but the director has also found a classmate who has expressed some interest in Script Supervision, so if I book any PAID work during the shoot, My Department will be covered. So that's good.

At the end of the month/beginning of August, I have a three-week film that I'll be working behind the camera on, for pay. Just not sure yet what my job will be, as my hat's in the ring for Scripty, but I may end up Key Set PA (which I'm perfectly happy accepting). We'll see.

So for the remainder of this month, I'll be getting my daily 10,000 steps in and submitting for other gigs, and hopefully booking one or two days of paid showbiz work per week. Three or more per week would be stellar. Y'all can do whatever it is that you do in the way of putting "good vibes" into the ether on my behalf for that. And on days I'm not working, you're welcome to join me in the pool. It's usually pretty clean (but for surface dust or bugs or whatnot), but it's also mostly cold all the time. Unless management pulls a "last year" and decides to heat it again, from today until Labor Day. Stoopids.

UPDATE: I know you kids are always saying "Pics or it didn't happen", so here is ONE "before": 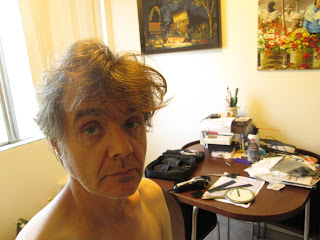 and a handful of "after"s: 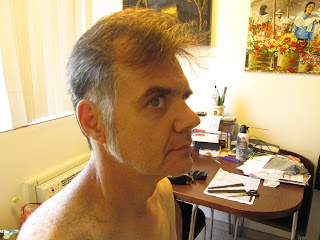 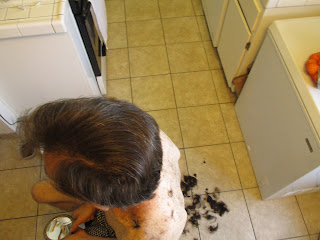 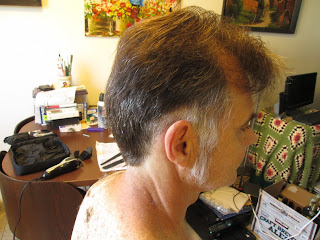 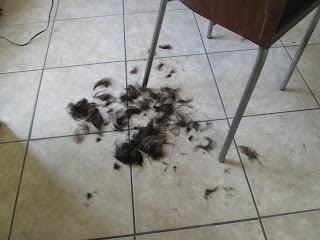 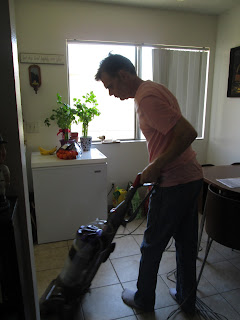