I think, maybe, that "storytelling" might actually be the niche that this blog might fall into.  Please let me know if you disagree (because, frankly, I'm kinda having a hard time "defining" my niche.  Maybe that's because I'm a Gemini and I don't like to be put in boxes.  In fact, when people ask me what my sign is, I make them guess {because I don't put much faith in astrology}, and it typically takes those people 8 or 9 guesses - OUT OF 12 - to land on Gemini, even though I've given them the BIGGEST hint I can by making them guess, if only they "knew" what they purport to "know" about astrology).

I've had a few "great" jobs in my life.  I'm not afraid to leave a job if it's not a good fit.  I've worked a lot of temp office jobs, and even quit particular temp assignments.  In fact, I was scheduled for ONE week at a law office, and I was so uncomfortable in that environment that I called the agency at lunch time on the first day to replace myself for the rest of the week.

When I was in college, I worked the concession stand and box office at a movie theater.  That was a GREAT job, even though the pay was minimum, and the hours were kinda crap, and the manager was a bit young.  I got to see free movies; I got to see perfectly clean prints the night before the movie opened; I could eat as much popcorn as I wanted, and drink as much soda as I wanted, as long as I wasn't using concession supplies (cups or bags or buckets), as they were considered inventory.

After I was married the first time, my family helped me realize that I belong in Los Angeles, working in the film industry.  For me, the film industry and being ON SET, is a PERFECT fit.  Every gig is a temp job, so even if you work the complete shoot from Day One to Day Fifty-Four, there is still an "end" in sight.  The longer the shoot, the more the crew becomes a new family, and in my family, the extended family is just as valuable as the biologic one.

Moving to North Carolina, we thought I would get involved in the film industry here.  Supposedly, production is "running away" from California, and all the jobs are "running to" Louisiana and North Carolina.  In theory, I ought to have plugged right in.  Such was not the case, as I had no "network" to speak of - all of my film "family" was still in Los Angeles!  So I had to look for a "real" job.  But first,

There is a chain of grocery stores that I fell in love with in LA.  I would walk from my apartment to my bank whenever I had a deposit to make (typically 3 times a week), and from there, I would walk to my grocer, carrying my one (or two) empty shopping bag(s).  While I shopped, I'd stand at the demo station, which I called my "internet cafe without the internet."  I loved the "family" of crew and customers.  I learned a lot about the products, just by trying them.  I learned the layout of the store, and I felt a real camaraderie with everyone I encountered there.  It doesn't matter who you ask - if you have a question about something in particular, you'll get an answer right away, and typically from the nearest customer, who happens to be a big fan of that item.  So when my bag(s) was/were full, I'd check out and walk home, working my triceps as I walked by weightlifting the bag(s) behind my head.

When we were considering moving to North Carolina, one of the factors that weighed in its favor was the fact that "my" store was opening a new location, not far from where we'd be living.  Even if I got work in the film industry, I'd still have my favorite grocer to shop.  In case the film industry didn't pan out, I mailed in my application from California, and I made phone calls to let them know I'd be coming.  I spoke on the phone with the "Captain" (manager) and felt positive that I'd be hired.  When we got here, we went shopping.  I acquainted myself with the layout, and assured myself that my product knowledge was probably in the 80% range, and I introduced myself to the Captain.  I interacted with enough of the crew to get the "you should work here" response.  They gave me another application to complete, because the one they'd received in the mail had been mislaid (they'd interviewed over 3000 folks for the opening).

When I shopped the next week, I turned in the application, and they made an appointment with me for a "real" interview.  I went back for the "real" interview and kept it light and bubbly.  I'm an ENFP, and if I know the words to the song that's playing, I'm singing it.  If that song's got a dance-able groove, I'm be-bopping.  If, as a customer, I'm near another customer who seems to have a question about something, I'm going to engage that person to help them make a decision.  This store NEEDED me.  They were GOING to hire me.  I was an ASSET.  And so, a week or so later, they called to say "yes" and gave me my start date.

From the get-go, I was eager to be their star TEAM-player (if that's possible).  I had a little difficulty in my training, because, while I knew the core values and the products, I did not know the grocery business, so my communication in learning "how things work" was a little goat-y.  But I did learn, and I adopted most of my teammates as family, and everyone (for the most part) was happy to come to work and BE who we were.  I did manage to become a star team-player.  I had "fans" in the customer base; folks would seek me out when they shopped, even if they didn't need any help.  They just wanted to feed off my bubbly energy, and I was happy to let them have that.  My job was FUN.

But in the grocery business, as in all retail, you occasionally wait on someone who's having a bad day, or a bad week, or is, in that moment, in a bad mood.  Those folks seemed to seek me out as well, although there was naught my bubbliness could do for them, except piss them off further.  I had conversations with customers that did NOT go the way they relayed them, but because they had made a complaint, either in person, on the phone, or through the CORPORATE email, I ended up getting a "talking to."  And while my "version" of the events was always HEARD, it was never documented... you get enough verbal warnings, and finally they're going to end up on a piece of paper you have to sign.  You get enough WRITTEN warnings that you've signed, and even though your side is NEVER documented, and the folks who LOVE you outnumber the haters by a factor of 10, you're still facing termination.

Yes, the ENFP with the bubbly personality who would sing and dance through the aisles and help every customer, that you HIRED ten months earlier is the Exact. Same. Person. as the one you are now firing.

They did me a favor, actually.  I filed an unemployment claim through the state of California, because I had wages there to draw from, and I did piecemeal film gigs as I could find them.  I went back to that store on a weekly basis, and I continue to do so, so I can still visit with my extended family and shop the products that I love.  I STILL sing and dance and help other customers.  I STILL haven't changed from that person that they hired.  But now, they can't say anything about it.  SUCK IT! :D 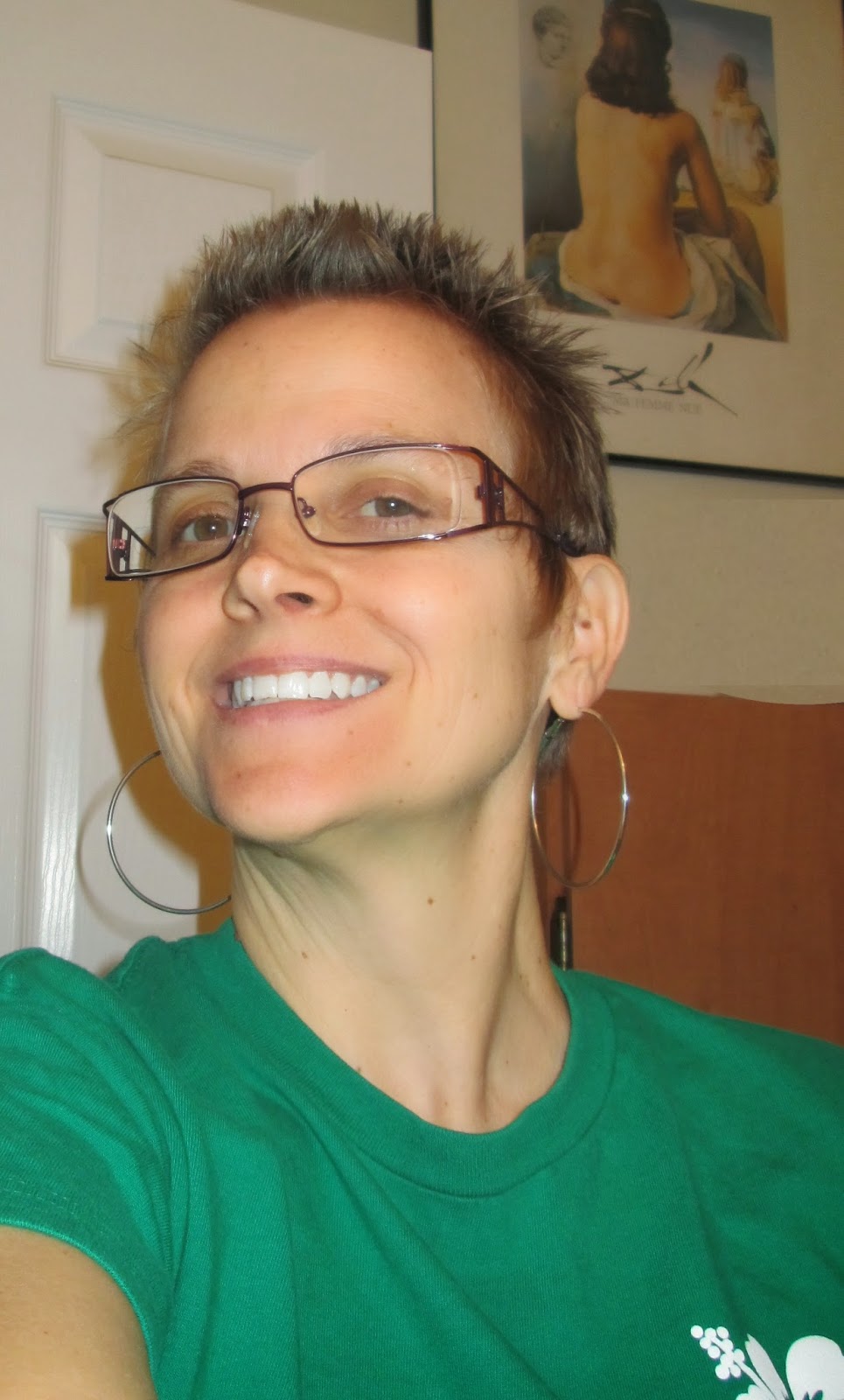 Email ThisBlogThis!Share to TwitterShare to FacebookShare to Pinterest
Labels: LA