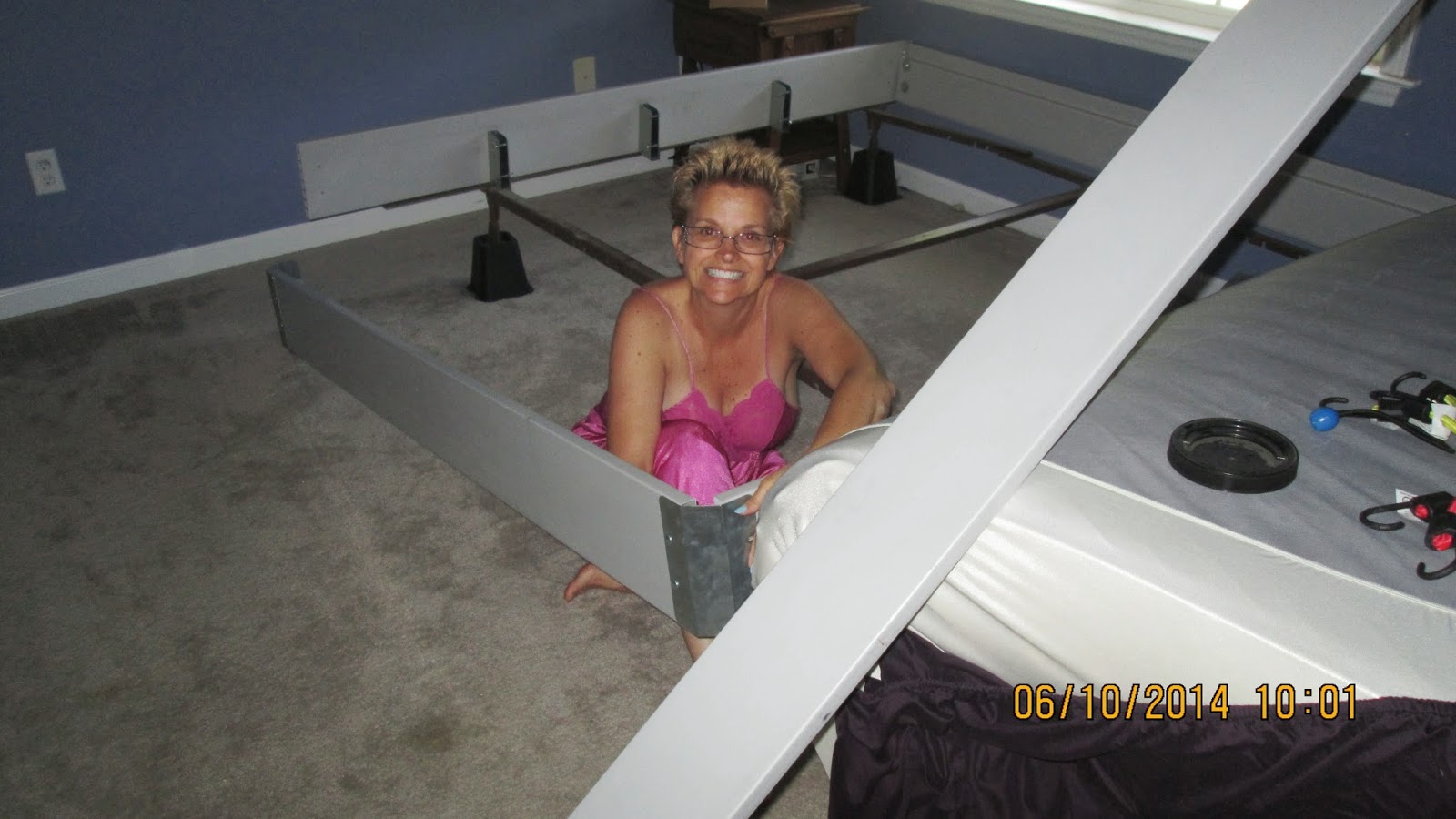 We got up fairly early this morning, and gently worked ourselves up to the point of loading the van.  Probably should have gotten up fairly early and moved fairly quickly to load the van, because it was HOT and SWEATY by the time we got it done.  But we took down the bed foundation and frame, and that's not difficult or anything, but it is time-consuming. 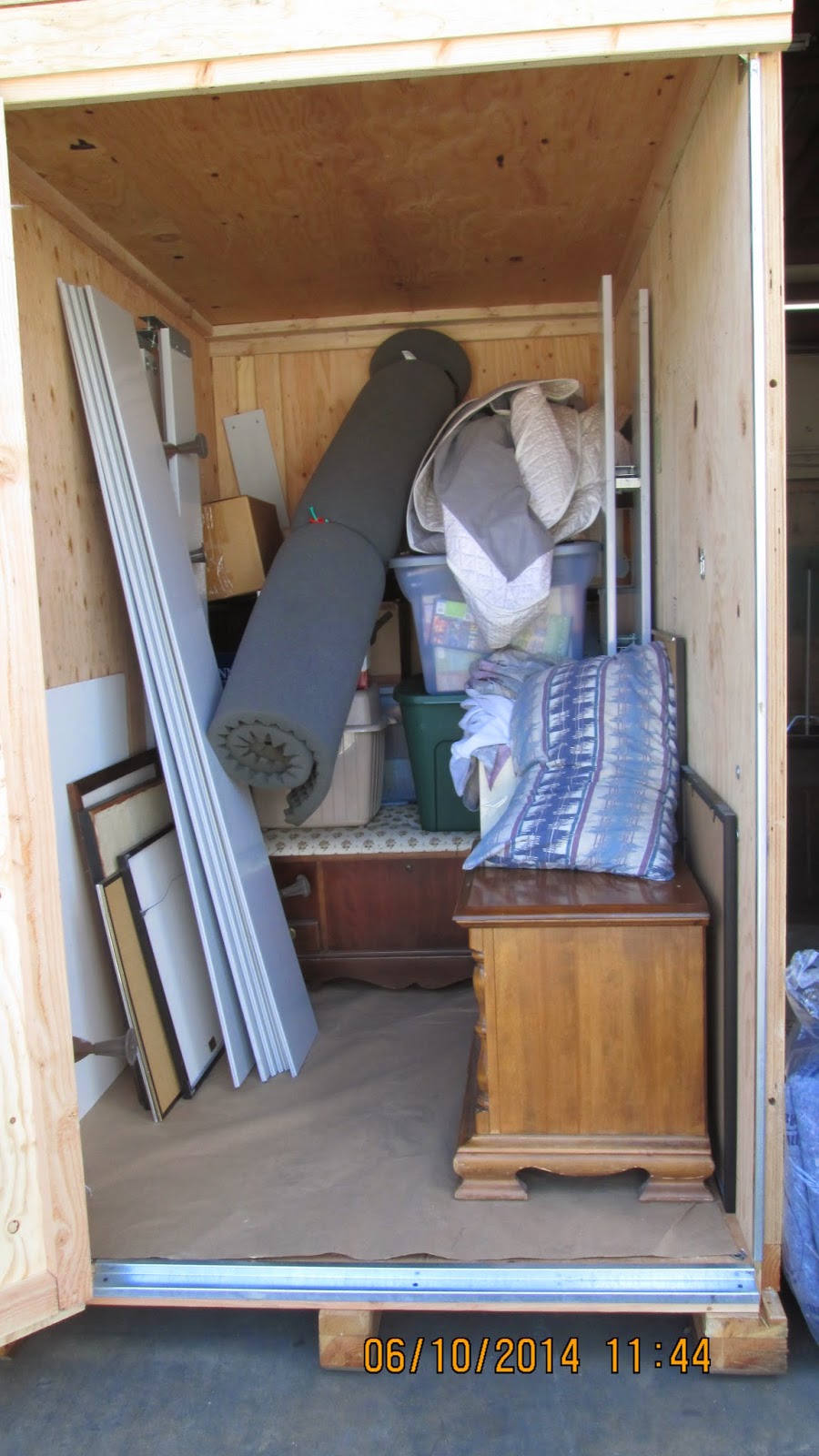 The drive over to U-Haul was pleasant enough - MUCH better than yesterday - and our sweaty clothes cooled us pretty well with just the breeze coming through the windows.  Found out where they were keeping our "pod" and started filling it.  It's not quite halfway full at this point, and it feels like it's more than half of the "stuff," so that's good.  We will have to reorganize with each load, because we're not really able to get enough of the "lightest" stuff over there with each trip, to allow us to load floor-to-ceiling, which is how you're supposed to do this thing.  We've got the dozen furni pads they've provided us, and plenty of blankets to stuff into crevices when we get more efficiently packed.  No worries there. 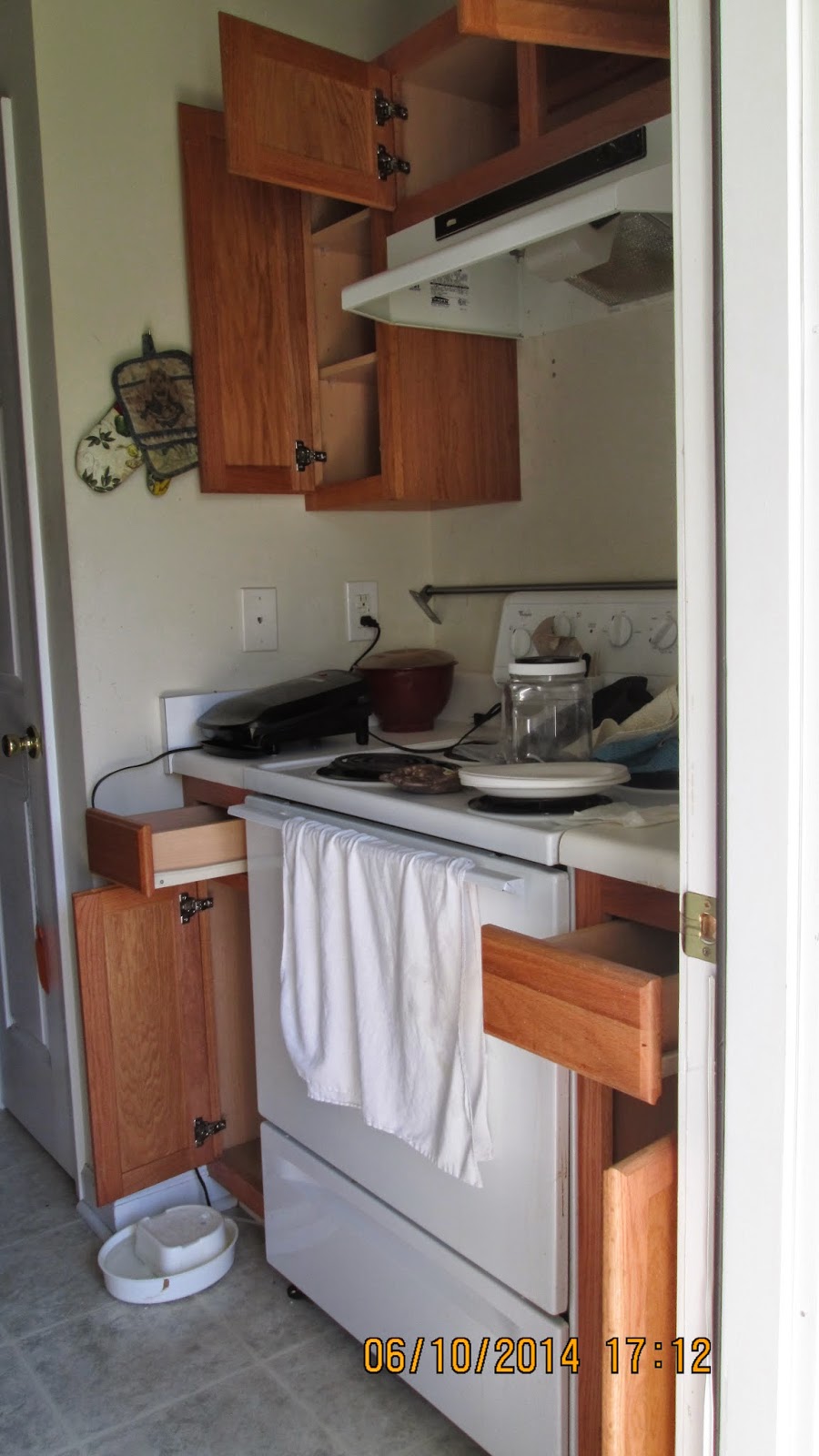 Got back home and rearranged some bins into the hole that had been left, for the next van load.  Stephen had another shower and went to his last shift at work.  I had a little nap and have puttered around in various rooms to try to "complete" something.  Still not quite able to "complete" any rooms, so I guess Yoda would say that I Did Not.

Tomorrow, we expect to cover a lot of ground.  We'll have some help, which will be nice, and maybe we'll manage to finish eating anything that's hoping we'll eat it before we leave.  Tonight, though, I may work on more piddling, or I may just rest my occasionally-twinging back in a hot soak in the tub.

Right now, there's no flame lit on the stove or in the oven, and I'm certainly not running the heat.  The apartment is wide open, with all fans running, and
The.
Smoke.
Alarm.
Is.
Beeping.

Email ThisBlogThis!Share to TwitterShare to FacebookShare to Pinterest
Labels: Steph