well, maybe.  Got up at Dawn's Tramp Stamp.  AGAIN.  Then that bitch showed us her crack, and then we were on the road.  We'd managed to downscale the sales vehicular load to ONE (the van, which I mostly loaded throughout the week), as well as the table need to ONE.

Got the van parked sideways and all the gear out, had a sale just before the official 8 a.m. "open," and then our immediate neighbor who had a "permanent" shed spot showed up and we had to re-park the van.  Oh, well. 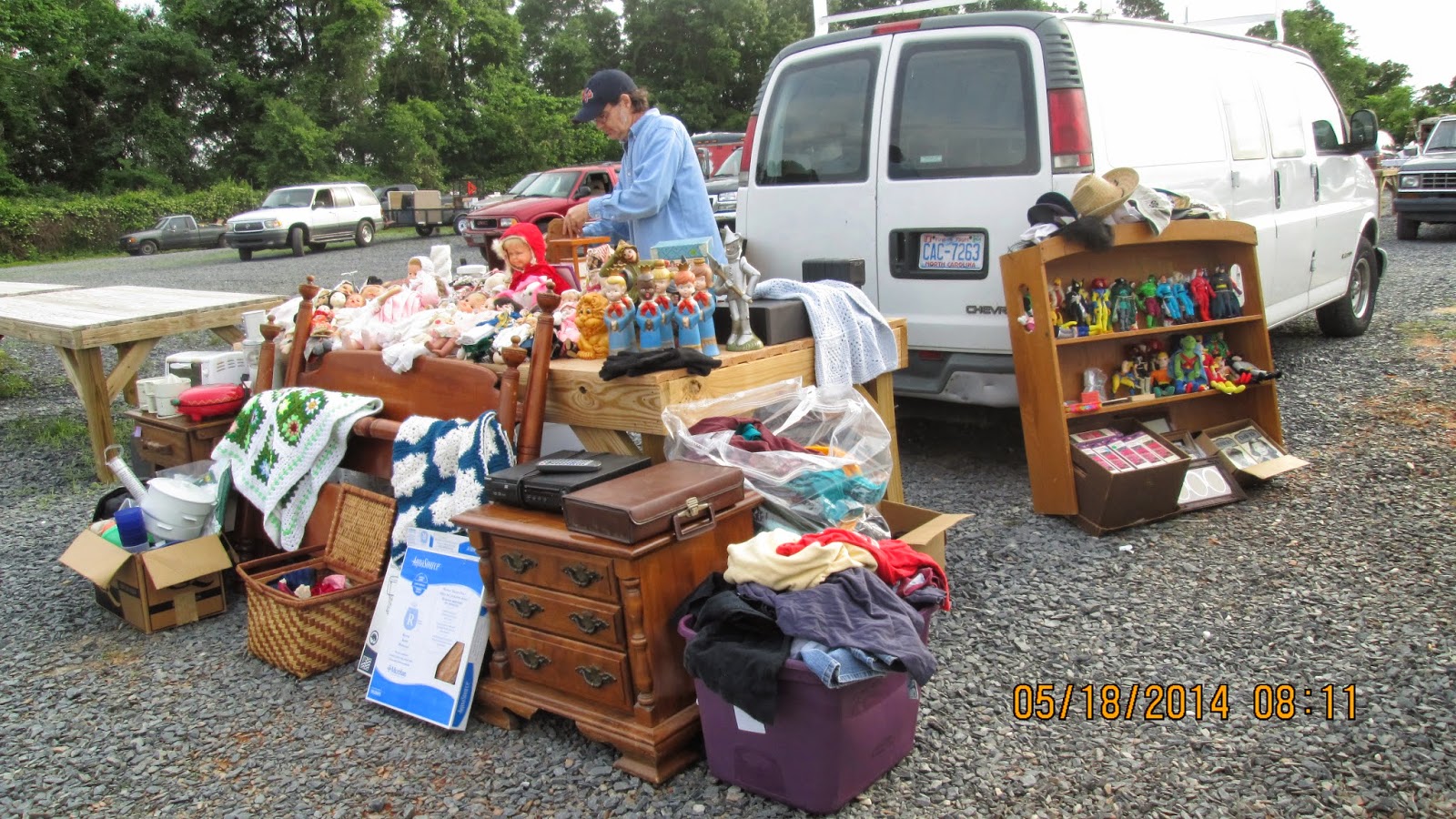 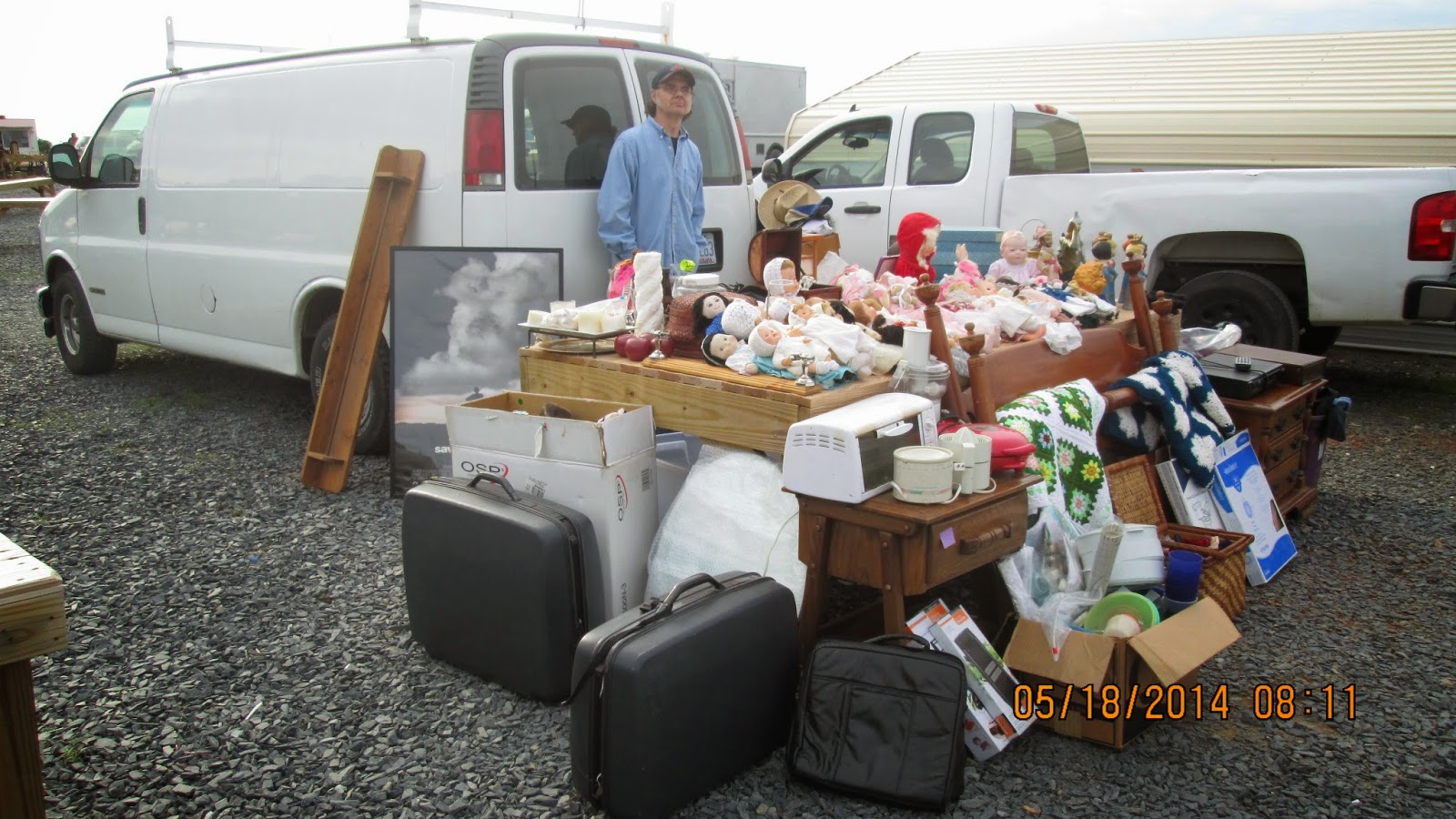 Then the dude who came to collect our table rent made a second trip around to let us know that if we could spread out to the next table, that would be great... because the market itself would "look" busier.  Greeeeeaaaaaat.  So we did!  Yay! 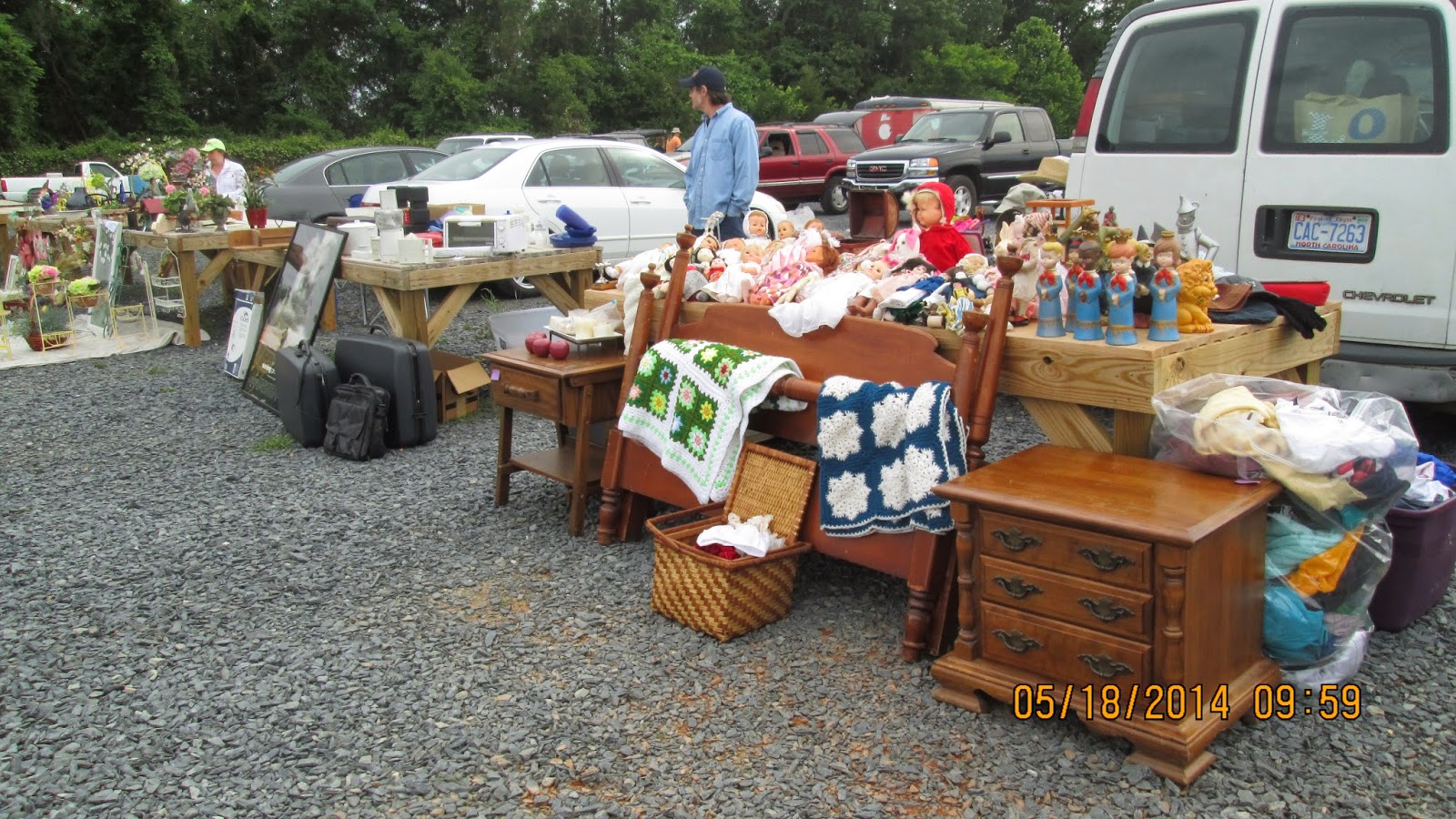 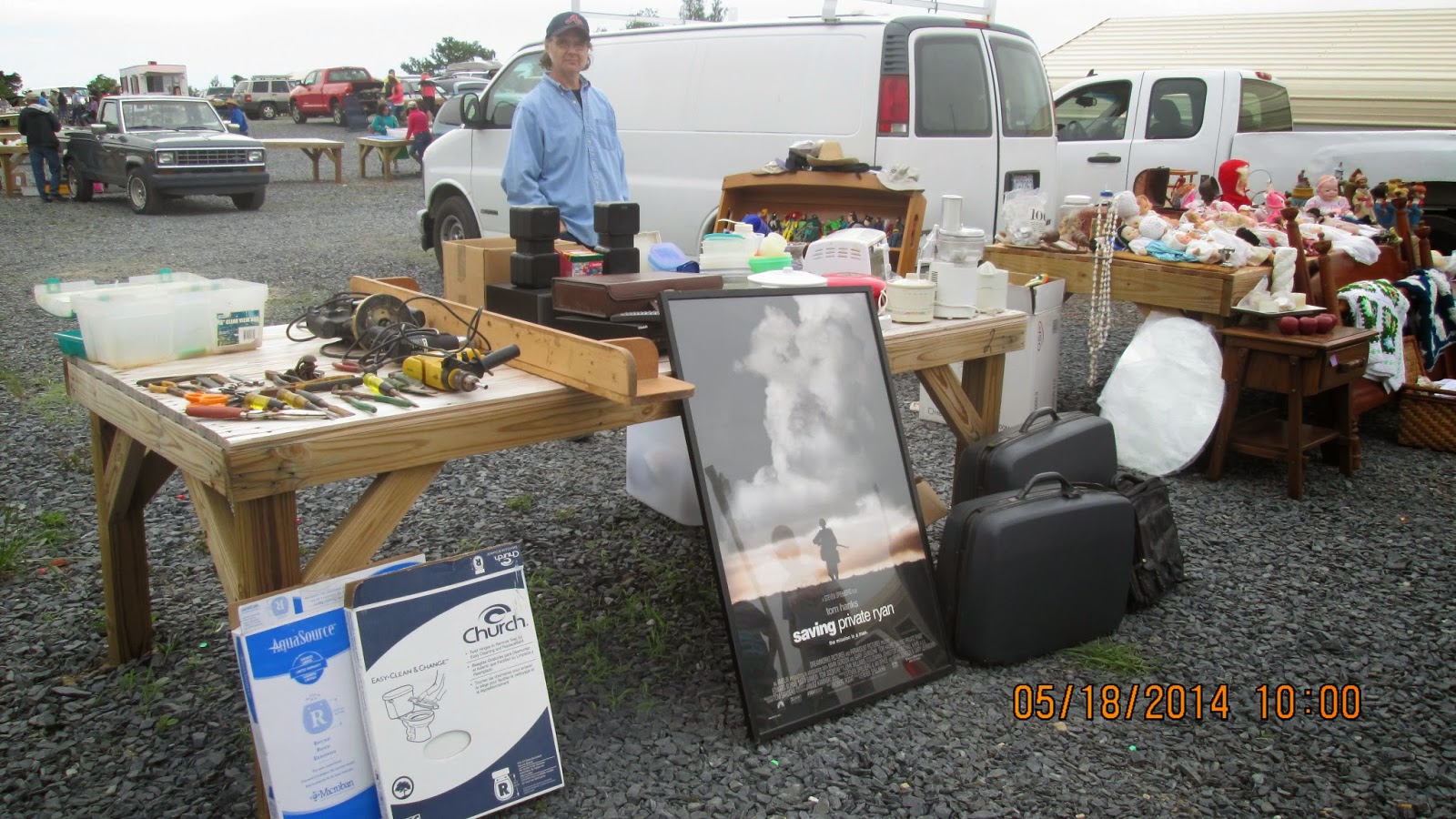 It's easier for two people to "man" two tables, even when one of us needed to take a walk around the lot for any reason.  And we did get a "better class" of traffic when we were spread out, but Stephen named what our situation was all about - the Law of Diminishing Returns.  Saturday One (two weeks ago) - not too much stuff but very new at the game - big sales, moved a lot of stuff!  Saturday Two (last week, day before Mother's Day, overcast weather and threat of rain) - um, less than half of the "movement" of any of S. One.

Today - Sunday One but Weekend Three - significantly less stuff (only one vehicular load, after all), similar weather but supposedly the day the "buyers" come out - um, not so much.  Well, not terrible - we did make enough for June's rent - but certainly not anything we'd want to do on a regular basis.  Our biggest expenses are gas money in the big ol' van to travel 25 miles (roundtrip), table rent, and our own physical labor of loading and unloading.  Today, we each earned minimum wage, as long as you don't count any of that load/unload time in hours worked.  So.

On June 7th (after my birthday), I (or we) will be participating in the stepmom's yard sale.  Hopefully, in the meantime, I'll sell a buncha stuff online and well, online (in Facebook "yard sales") and won't have to load any furniture for the yard sale!  Wouldn't it be great if all I need to do is assist at the physical yard sale rather than worry about our own personal sales?  Yeah, that'd be AWESOME.

But anyway... the rest of the day.  We have a one-night couchsurfer!  His name is Geoff, and he's Stephen's friend from back home, and he's doing his own personal Odyssey across the country (and is hoping to start a new trend of creating Facebook Groups that track progress of things like personal Odysseys).  I'm not promising to pick up Geoff's trend; chances are really good that I'll just blog our trek across the country.  We'll see.  I like Geoff a lot; he's very personable and charming and gentlemanly (and appreciates my appreciation for the "f" word), and as far as I'm concerned, he can couchsurf on our couch anytime.

We had to search for a restaurant in which to consume dinner on a Sunday in Podunk... we showed Geoff the stepmom's Victorian house... I had a long convo with the stepmom re: grief, and we all returned here for homemade ice cream.  Stepmom went home; the three of us who remained had wine; Geoff fetched his laser pointer from the car and entertained the cats.  Now Stephen's showing him "Pain" on the PS3 with George Takei as "the victim" and I'm telling y'all about it.