Stuff you find when downsizing

We went through a bunch of bins of crap that we'd simply transported to NC when we moved here a year and a half ago, so that we can actually NOT carry "crap" back home to LA.  A lot of times, when you pack for a move, you don't really have time to sort through every single piece of paper that you haven't thrown away, and so you lump things together into a box or a bin or a notebook, and you figure you'll eventually get through it in the unpacking.  I know of no one who actually gets through it in the unpacking.

But that's what we're doing in these last days and weeks before we have to fill a shipping container - we're going through the boxes, bins, notebooks, and folders, and seeing just what really needs saving, and what we can tear ourselves away from.  Today I found the following, written out in my own hand, and I'm willing to share it here so I can actually throw away the pages, since it's the thoughts that matter, not my "hand:"

When I came "home" for Christmas 2001, my marriage was officially falling apart.  Everyone saw the reality of my situation before I did, and they ALL urged me to get to Los Angeles before it was too late to pursue my dreams.  I finally made the trip, with all of my belongings packed into a U-Haul trailer to tow behind my big ol' Cadillac.  Mommy made the drive with me.
We hadn't even gotten out of Florida before the Caddy refused to tow a trailer in the heat, and we had to upgrade to a TRUCK, towing the car.  That drive across the country was the kind of adventure she lived for ... get in the car, hit the open road, see what God and Man have made of the countryside.  We had our route mapped out, down to each night's hotel stay - fortunately for us, we hadn't made too many reservations, because I think the vehicles only allowed us to stay in ONE pre-planned hotel, a place in Mobile, AL where Mommy had stayed before.  She was undaunted.  We kept going.
Even though the Grand Canyon isn't REALLY "on the way," we had planned to include it AND Las Vegas, because they were both more "on the way" than they ever would be again.  So as we were climbing, ever slower, in our U-Haul with trailer, we realized we'd better just park the belongings and rent a little pickup truck to reach the Canyon.  The views were incredible, and the experience with Mommy was possibly our closest bonding up to that point.  She would venture to a picture spot, and I would take her picture.  Then I'd head another 2 or 3 feet closer to the edge, and she would panic, even though I'd still be several feet away from danger.  This pattern repeated all day, as we went from one vista to the next.  We were so awestruck by the wonder of God's handiwork that we each decided Vegas was out of the question; there was no need to stop there.
When we finally arrived in California, we ended up renting one room in a house owned by a psycho chick, who introduced us to her church and then got offended when Mommy wanted to join the choir immediately.
We got out of there and shared a nice studio apartment for the next six months.  Neither of us knew how to start an acting career, but every step I took, she was there for me, cheering me on.  I've had a few roles and met a ton of important people, and even though I'm lately doing a lot of background work, the last thing she said to me was that she was proud of me, and that she loved me (of course).  She was ready to make another cross-country trek to see me, but I was just too busy with my own life.  I was afraid I wouldn't have time to keep her entertained.  But when did she ever need us to entertain her?  Just being with us made her happy.

I am unsure if this is actually the first draft of the eulogy I wrote for her in 2006 - it certainly sounds like it, but I haven't gone back to what I ended up reading at her services to know how much of this made it into that.  Maybe on October 28th, I'll post that.  (It's likely - that's the anniversary of her fatal traffic accident, and I won't have been blogging a year yet). 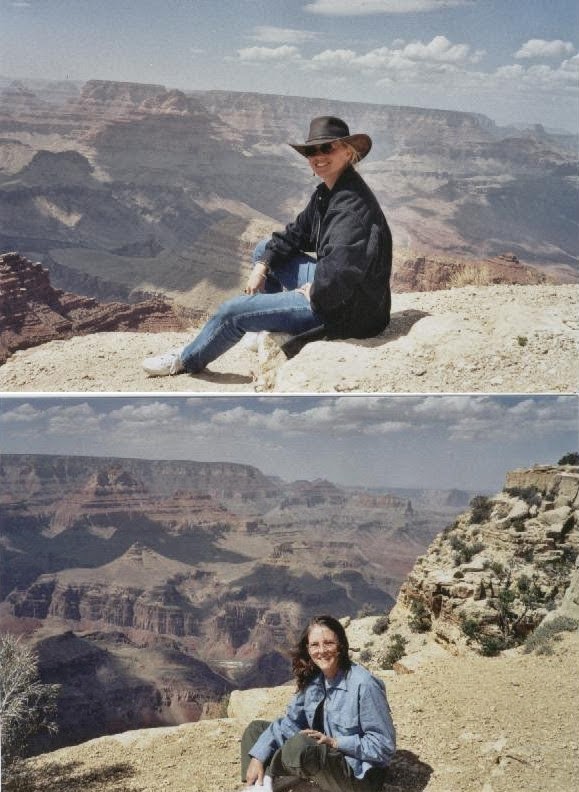