Yes, I am a moron

We got up at Dawn's Tramp Stamp again today (5 a.m., which is well before but leading to her "Crack") to do the flea market thing.  Van was loaded already, and getting up at that hour gave me time to load my car, eat breakfast, feed the kitties, and head out the door.

We'd had some rain yesterday, so it was cool this morning, but because of the load-in, I figured I'd be warm enough by the time the sun joined us, so I was wearing strappy tanks and shorts, in an attempt to even up the farmer's tan I'd gotten last weekend.  I planned our location to be such that the sun would be behind us, rather than in our eyes, and we set up for business.

Because the day was overcast for most of the time we were out there, there weren't the crowds we'd seen last Saturday.  We got the tables set up and made our first sale before we were officially "open" again, but there was significantly less traffic, due primarily to the threat of more rain, we assumed.  Also because the skies were overcast, I stayed bundled in a blanket for about an hour or two to warm my chill.

Then the sun peeked out occasionally; we had customers; I unbundled myself.  We left by 2 p.m. after a "decent" day of sales but nothing spectacular.

We got home, and I discovered THIS: 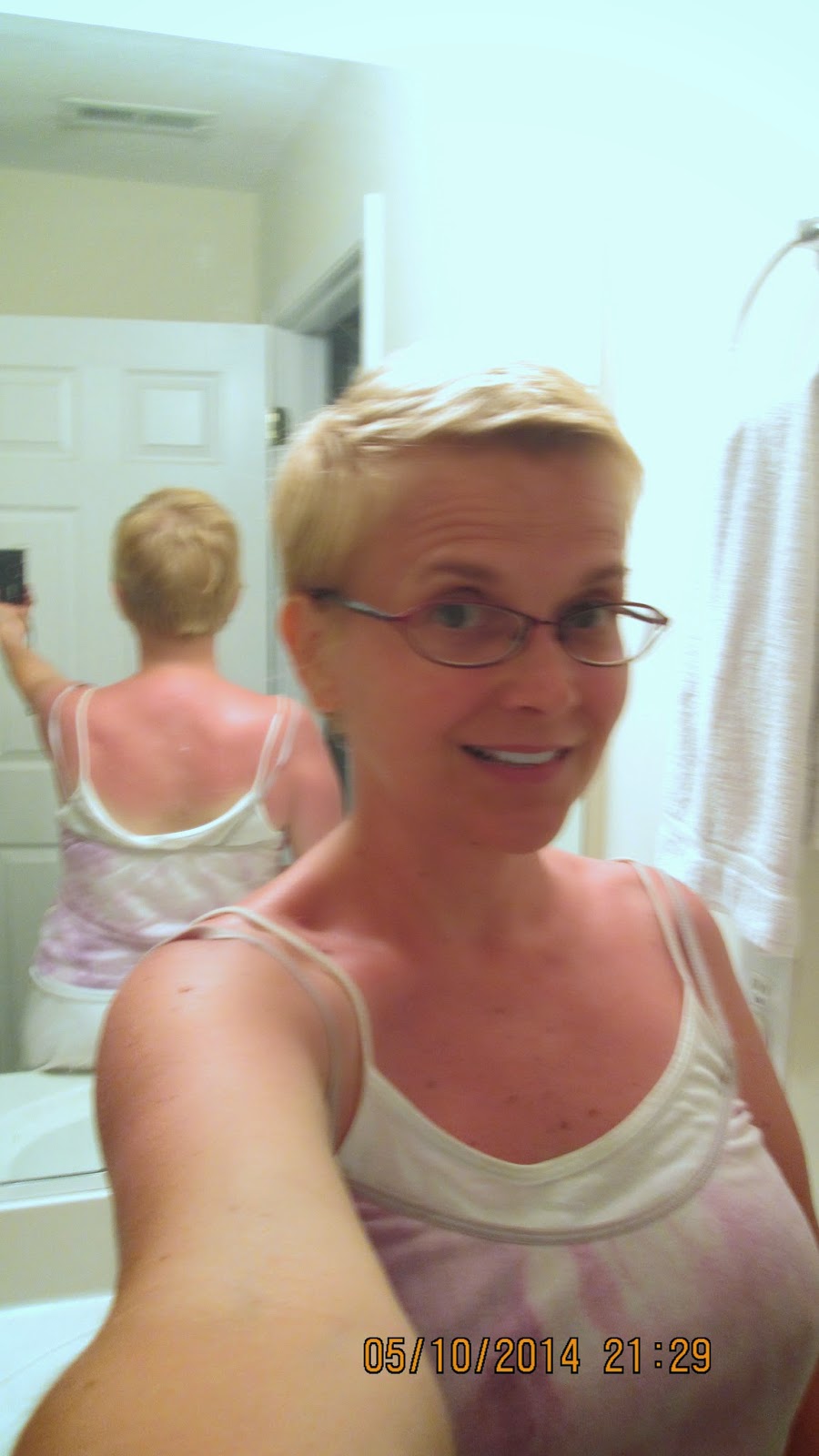 Took care of that farmer's tan!